Movement, colour and textures are combined in this public space intended to be an area for walking, meditation, play and recreation. The proposed design is structured around four clearly defined and differentiated zones where water takes a starring role. These zones are as follows: Two large ponds, one either side of the main tracks. A play area for children. An arbour area for rest and relaxation under a large canopy. A recreation area represented by an amphitheatre with a circular fountain as a backdrop. These proposed spaces are linked together along a spiralling path, creating an attractive route with panoramic views and unexpected perspectives throughout the park.

The different project zones were marked out by taking the preliminary outline of the park as the starting point. The Zone command thereby helped define the uses and their respective surface areas. The pond area and the areas for play, rest and recreation were defined, linked together by the main and secondary tracks. Once Zoning was complete, the Terrain command was used to model the park’s undulating topography, using contour lines. Then the park’s structural elements were built, shaping the curbs, terraces and low walls. The Row command provided the metal borders that arrange the plant matter and the attractive fence of vertical elements that marks out the children’s play area. Modern elements with ornamental and functional value were included in the proposal by using the Urban Furniture Library from Lands Design, linked to websites for the most important European and international outdoor equipment suppliers. This was used to select lamp-posts with a contemporary design, attractive benches to take a break all along the park paths plus sign posts. A modern playground for children and special benches for the arbour area complete the urban furniture suggested for this space. The plant matter for this project was selected by particularly considering the movement, colour and different textures provided by robust plants, aquatic plants, grasses and some flowering trees. The plant matter and its different distributions were arranged using the Plant, Plant Row and Forest commands to give different groupings, compositions and interesting alignments of individual plants. The Plant List command provided a legend for the species used on the plant map, each identified with its botanical name. This list also expresses the quantity of specimens and the icon representing each species added to the project. Then, the Remapping Plan was created, using the Boundary command to define the remapping axes from which the plants and civil engineering elements would be marked out. Species were identified and quantified using the Label plant command. This information was then sent to the list of species with its symbol for remapping. When project management was complete, aerial, pedestrian and isometric perspectives were taken of the park using the Perspective command. Materials, lights and backgrounds gave atmosphere to the perspectives that were created, giving high quality photo-realistic 3D images with great visual impact. Author: Architect Rosana Almuzara Bertolucci – Paisajismo Digital SL 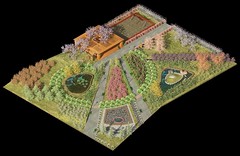 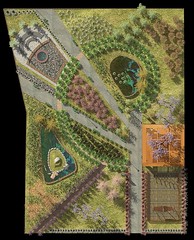 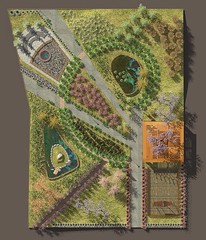 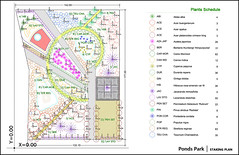 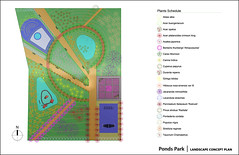 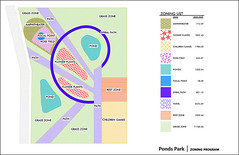 Any cookies that may not be particularly necessary for the website to function and is used specifically to collect user personal data via analytics, ads, other embedded contents are termed as non-necessary cookies. It is mandatory to procure user consent prior to running these cookies on your website.

Performance cookies are cookies used specifically for gathering data on how visitors use a website, which pages of a website are visited most often, or if they get error messages on web pages. These cookies monitor only the performance of the site as the user interacts with it. These cookies don’t collect identifiable information on visitors, which means all the data collected is anonymous and only used to improve the functionality of a website.